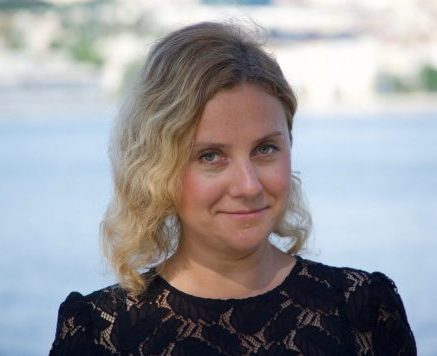 Leading Ukrainian curator and art critic. She has been working with modern pictorial arts since 2002 as a curator, journalist, author of thematic texts and expeditions. She had been the editor-in-chief of the leading Ukrainian art magazine ART UKRAINE from 2010 to November 2016. During 2013-2016, she was the deputy director for museum and exhibition activity of Mystetskyi Arsenal, and later cooperated with this institution as a curator. She managed large international and national art projects, wrote for Ukrainian and international field-specific media.

In 2018, Alisa was the chief curator of the first large-scale presentation of Ukrainian art of the last three decades in Ludwig Museum (Budapest, Hungary). This project called Permanent Revolution evoked a wide public response. It was nominated for prestigious American Global Fine Art Awards at the end of 2018. Since 2014, Alisa Lozhkina has been working together with international curator and art historian Konstantin Akinsha on a range of initiatives intended to popularize the modern Ukrainian art in Europe. Between Fire and Fire. Ukrainian Art Now (Semperdepot gallery, Vienna, October 2019) is the last exhibition of this tandem.

Today, Alisa is pursuing her Ph.D. in history at the Central European University. She is interested in non-conventional art created by amateurs.